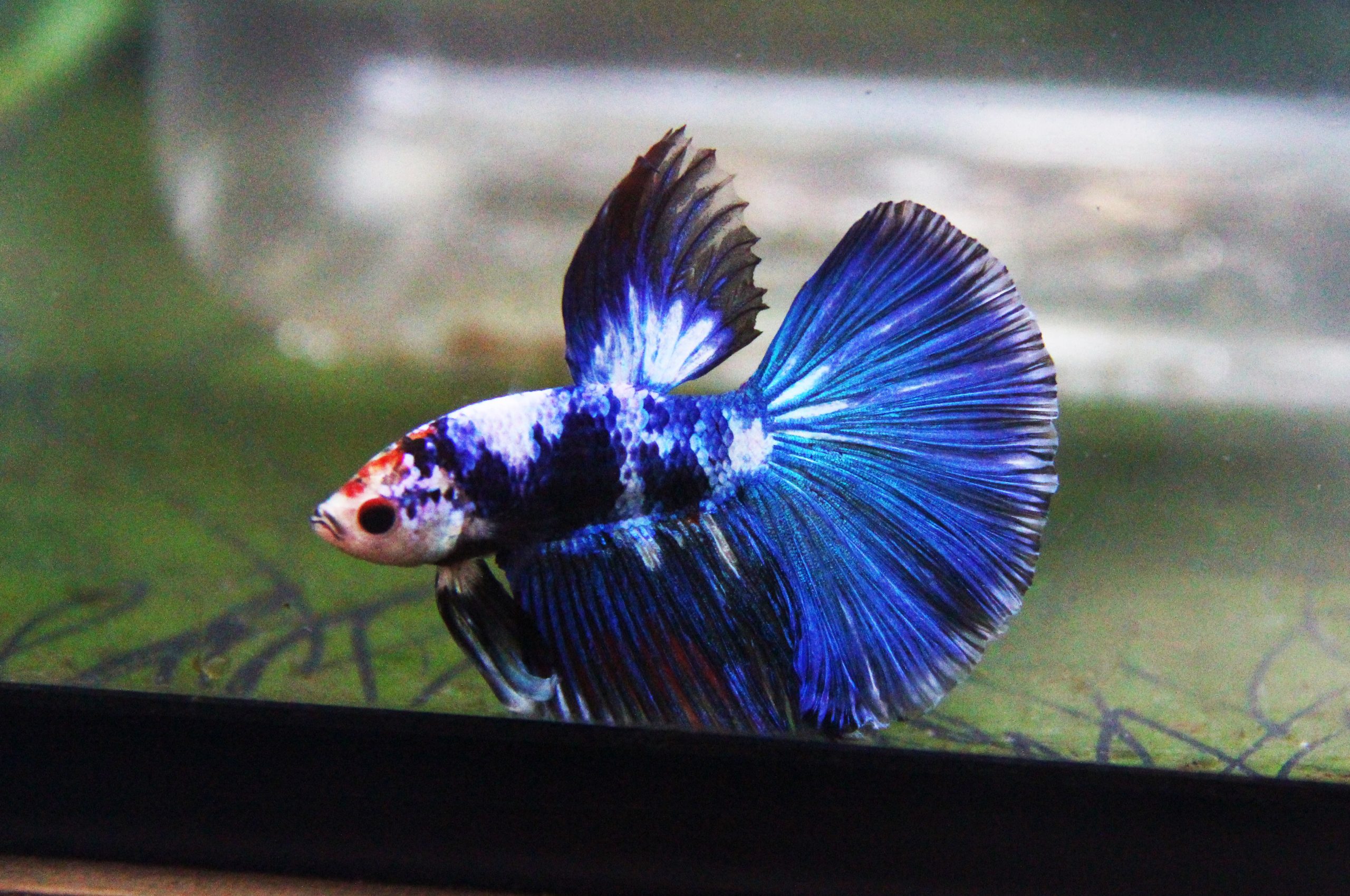 I got myself a blue marble halfmoon Betta.

When I first got him, he had a nice marbling effect and his colors were quite vivid and had a good contrast.

All that changed after I spawned him.

The blue marble halfmoon bette morphed or some would say mutated into something else.

In fact all the marbling effect disappeared. I was expecting marble fishes to change colors but still retain its marbling but this one went further and transformed into a solid blue fish.

You can say that the mutation and change in the color of marble Betta is what makes them interesting and I wouldn’t fault you for saying that.

They sure can surprise you and also at times disappoint you.

Especially if you do not like the new color that it has become and predispose to show.

At times the marbling enhances the Betta and makes it more colourful and hence more pleasing to the eye. It can a nice surprise and it makes keeping Marble Betta interesting.

But at other times, it can turn out the other way around. So you know what you are getting yourself into when you get a Marble Betta, in any colours it is. It can change its colors in a jiffy.